Read on to know all the details about deportation from UAE.

1. Deportation from the UAE

The United Arab Emirates or UAE is one of the most popular Middle Eastern countries not only for the purpose of tourism but also for employment. Thousands of people visit the UAE for holidays while equal amount of people seek employment in its Emirates cities, every year. The major highlight of being employed in the UAE is that you do not have to pay any kind of tax to the government, which is a common practice in most countries in the world. While getting a job and becoming a resident in the UAE has immense advantages, it is important to know that even a small disregard or breaking of the law can cause imprisonment and worse, deportation. Whatever your nationality, whether you have a Dubai visa from Nigeria or India, or if you are travelling to the UAE with an American or UK passport on a visa on arrival, you must still know that overstaying after your visa has expired or not adhering to UAE law can result in your deportation and blacklisting from the country for life. The UAE takes it laws and rules very seriously and whoever is seen flouting the rules would get punished. Hence, it is extremely important to know everything about deportation from the UAE.

2. Reasons for Deportation from the UAE

3. Procedure for Deportation from the UAE 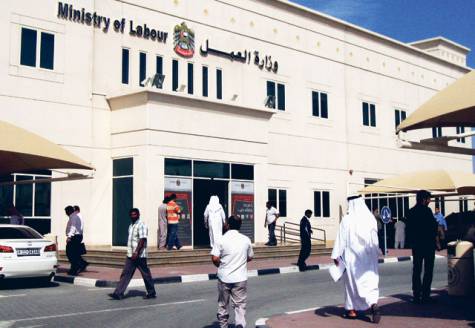 In most cases, the person is lead to the airport directly from the prison. In case the person has to finances to settle, he or she would be given a grace period. However, he or she would be deported at the end of this time period. The duration of the grace period does not exceed 3 months. Most offenders would have to serve a jail term or pay a fine before they are deported. Once either of the bodies finalizes deportation of a person, his or her name is added to the banned list. It is important to note that the ban on the person lasts for a lifetime.

4. How to Remove Lifetime Ban in the UAE?

If you have been deported from the UAE, it is likely that you would never be able to re-enter the country. In short, the ban is for a lifetime. In most cases, you would be banned from the other GGC countries which include Saudi Arabia, Qatar, Kuwait, Bahrain and Oman.

If you had been booked and deported for a criminal offence, there is no chance of lifting the ban. However, you would be able to do so if the Minister of Interior gives you special permission. On the other hand, if your offence was not something that posed a threat to the safety and stability of the UAE, you can appeal from outside the country. You can do so either by appointing a lawyer or by applying for an exemption through the Ministry of Interior. A pre-appointed committee would review each and every appeal before deciding whether or not to lift the ban. Several factors are considered like if it was the person’s first crime or whether the crime affected the security and safety of the country.

In case you were deported from the UAE because you stayed in the country even after your visa expired (and also after the one month grace period), you would usually be banned for a year. In short, if you apply for a new visa (tourist or visit visa) before the completion of one year, it would not be approved. It is best to go for a UAE immigration ban check before you submit your visa application.

Deportation from the UAE, for whatever reasons, is an unpleasant experience. To ensure that you do not face such situations or circumstances, it would be best to abide by the laws and rules of the place to ensure that your stay in the country is a memorable one for all the right reasons.