UAE is one of the most loved cities in the Middle East. No matter the climate, no matter the desert conditions, the country is thronged by tourists all throughout the year. earlier it was only Dubai that attracted global tourists but now various other cities like Abu Dhabi, Ras Al Khaimah, Sharjah and more bring the tourists from all parts of the world for their own charm. But the increasing attractions of the other cities has not deterred Dubai from adding more feathers to its cap. Dubai is becoming bigger, better and grander than ever with these latest new attractions and theme park.

Already home to the world’s tallest buildings, biggest malls, largest man-made islands and what not, Dubai has now opened the world’s largest indoor theme park to add to its list. Spread in an area of 1.5 million sq ft (28 football fields), it has a capacity to accommodate 20000 guests in a day. Filled with adrenaline pumping roller coaster rides and some marvelous attractions, it has cool characters from Cartoon Network and Marvel Super Heroes as well.

This theme park has the fastest and the tallest roller coaster ride of the world, the velociraptor, shooting riders out of the gates to over 60 miles per hour in under 3 seconds (you need to have guts to take this adventurous ride.) Other attractions include some lifelike dinosaurs, themed retail stores, and fine dines. The 12-screen state-of-the-art cinema will keep you entertained through-out. Do visit the IMG World of Adventure and revel among your favorite characters.

Home to over 1000 animals of which 350 rare and endangered species, the $272 million Dubai Safari Park has a $41 million building will also include a 1000 seat theatre. Built on a construction waste land fill, the plot was levelled and reclaimed to suit the need. Exclusive technical committees were formed to select animals and distribute them in places resembling their original habitat.

This 119-hectare park is designed and planned in a way that the animals are not just exhibits but also depicts their natural behavior that allows the tourists to learn more about them. Large solar panels are fit to power the irrigation pumps and recycle the irrigation water into sweet water. The recycled water is pumped into all the water bodies where the animals will laze off to cool themselves. The same recycled water will also be used as drinking water for the animals. This is a must place to visit this winter where you can see many animals from the big cats to gazelles and elephants to giraffes.

Roughly the size of 420 football fields (yes, you read right), Dubai Resorts and Parks is spread across 25 million sq ft. The huge area in Dubai Resort and Park includes motiongate™ Dubai, Bollywood Parks™ Dubai, LEGOLAND® Dubai and LEGOLAND® Water Park. All the parks are designed keeping in mind people of all age groups. Be it kids or adults there is something for everyone. With a promise to open gates to the world’s best theme park at par with international standards, the Dubai Park and Resort delivers that and more. 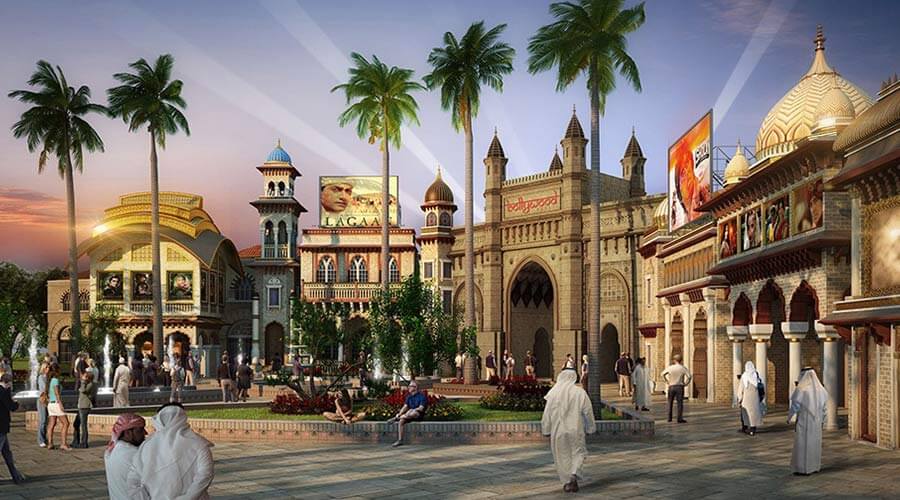 Be it the recreation of the streets of Mumbai or the scenic settings of lagaan or the chase sequence of Don, you will get it all here. The love of Bollywood has also taken shape in Bollywood Park Dubai. The park includes a Bollywood Star of Fame that features the best movies of Bollywood such as RaOne and Krrish. You can experience the entire film making process including the making of ethnic, ancient and modern sets. The glitz and glamor of Bollywood can be experienced here in true Indian style. 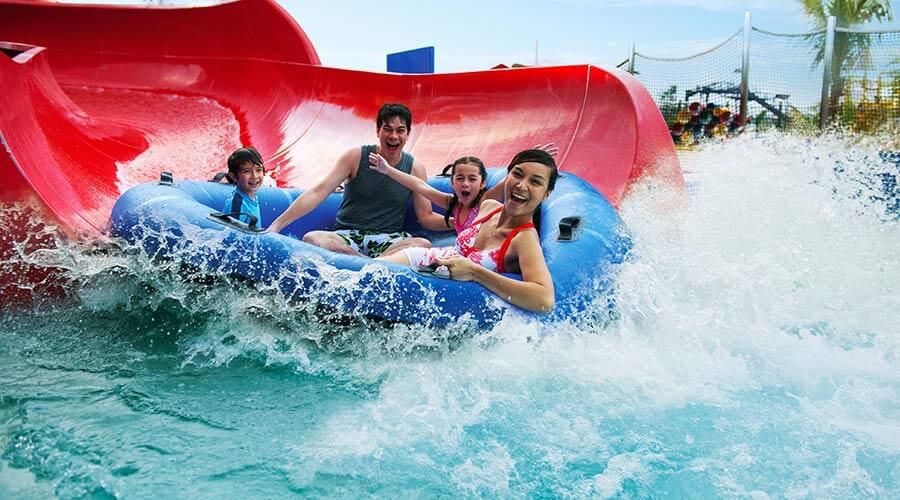 The Legoland water park is specifically designed for kids between the age group 2 to 12 years. The park allows you to build your own Lego raft that you can use to splash and sail throughout. Kids can slip and slide through water and have the time of their life. With water, slides and Lego toys, what else does tour kid want to have ultimate fun.

A multi-format venue, the Dubai Opera is a 1901 seater arts center. Opened on August 2016, this beautiful structure of arts host multiple performances and events that includes ballet, opera, concerts, conferences, and exhibitions. The seats are designed in such a way that if extra space is needed then 900 seats can be moved hydraulically under the garages beneath the theatre. The beautiful modern marvel is designed in a shape of Dhow (traditional sailing vessel) which boasts of waiting areas, taxi drop-off areas, parking the main stage, orchestra and seating.

Ferrari World Dubai already has various records to its name and now the latest addition too is the world’s first. Yes, Ferrari World ‘s newest attraction is the Flying Aces- the steepest steel roller coaster ride with a massive inclination of 51 degrees. This amazing ride also features the world’s tallest loop at 52 meters i.e. 170 ft. In addition to its already fascinating ride the Formula Rossa which is the world’s fastest roller coaster, the introduction of Flying Aces has yet again made the adventure enthusiasts eager to head Abu Dhabi and try it out.

UAE already had world renowned attractions like the Ferrari world in Abu Dhabi, some of the best and biggest malls of the world, world known Dubai Shopping festival and so much more. With the addition of these six latest state- of- art attractions in Dubai, the country is eyed by travelers all over the world for a visit. Don’t stay behind, book your tickets to admire the beauty of UAE today!

How to Get a Dubai Visa